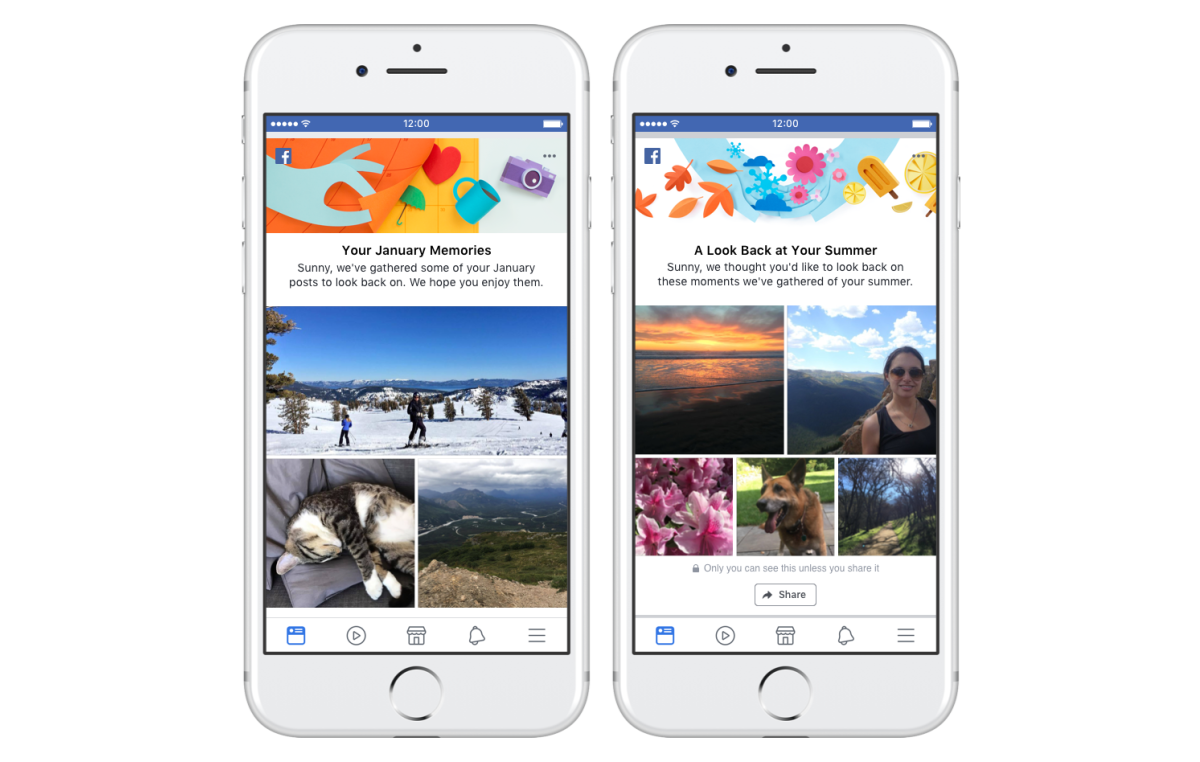 Facebook’s On This Day has become one of its more popular features, so it’s adding a handful of similar memory-centric compilations to your Feed.

Along with showing you the Facebook activity you were a part of in previous years, the site will now group recent posts into a monthly or seasonal recap story, which you’ll be able to share just like your On This Day lookback. Additionally, your Feed will also congratulate you when you make a significant number of new friends or when you get a lot of likes on your posts. For now, those are only for you, but Facebook says they will become shareable in the future.

There are also some updates to On This Day, which are mostly about making controls and preferences easier to get to. And Facebook has improved its filters for those who want to keep bad memories out of their On This Day and recap compilations. Users have been able to block dates or particular people from showing up in their memory posts and now Facebook has tweaked its algorithm to take reactions and keywords into account when determining what might be a memory someone may not want to see.

The new features will begin rolling out to users now.