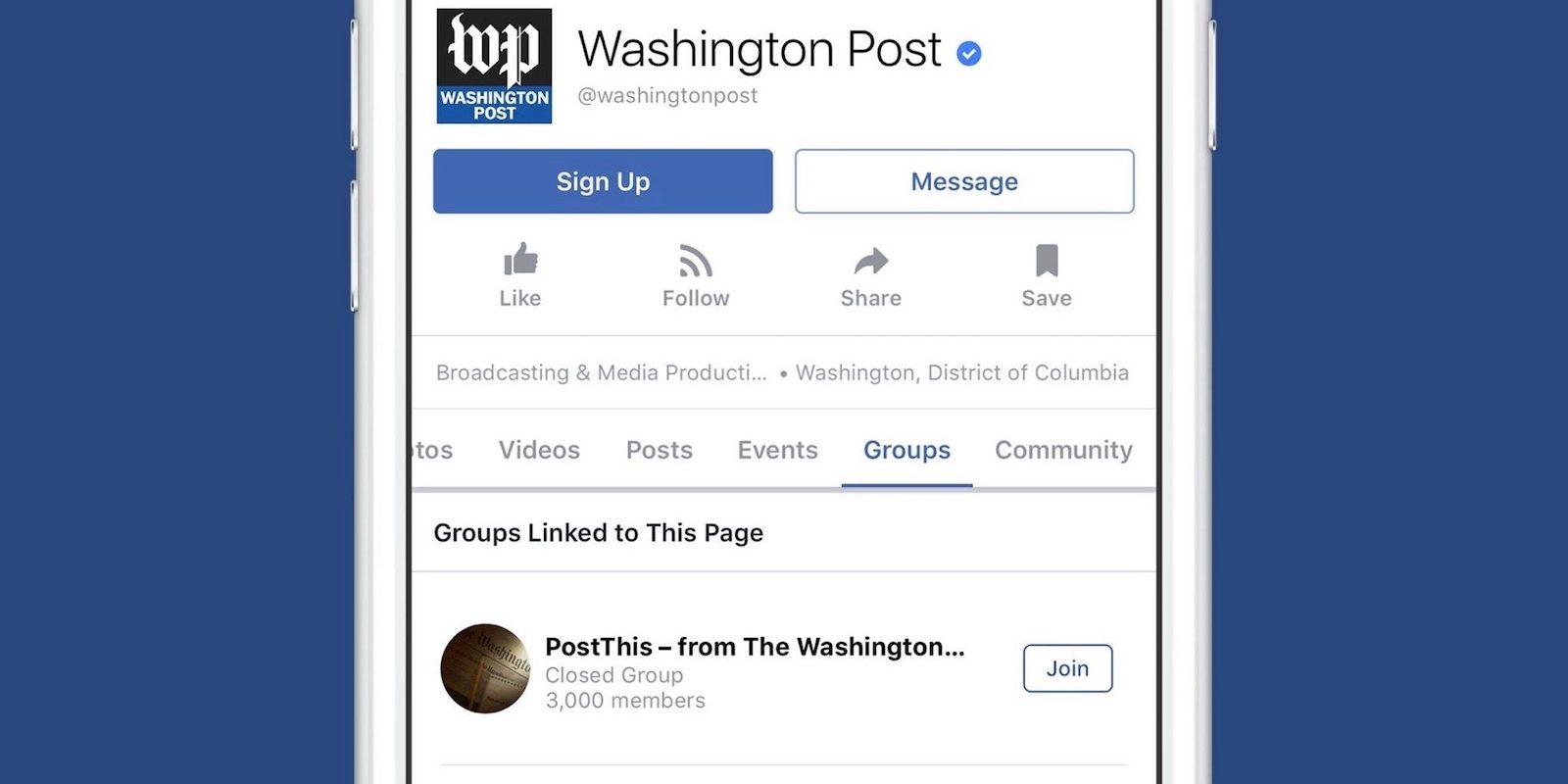 Today, Facebook is rolling out a new feature called “Groups for Pages,” which will let artists, brands, businesses and newspapers create their own fan clubs. The company says the idea stems from two reporters at The Washington Post who started a Facebook group called PostThis, where they interact with some of “the most avid fans” of the paper on a daily basis. Facebook says right now there are more than 70 million Pages on its platform, so this going to be great for many users who want to let their loyal supporters feel more connected to them.