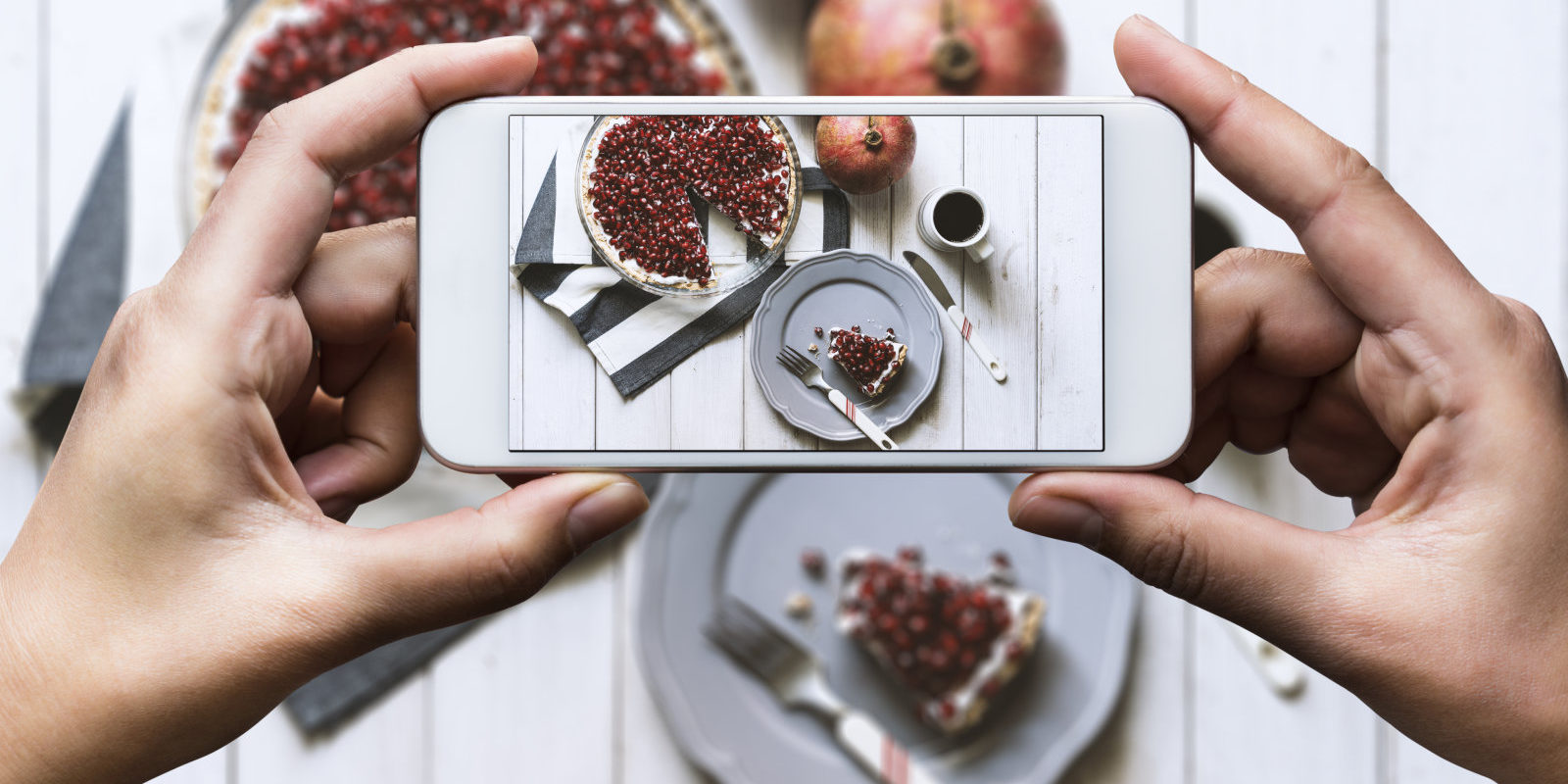 Wen it came time to design their first restaurant, Media Noche, San Francisco entrepreneurs Madelyn Markoe and Jessie Barker found themselves lacking inspiration. Their designer had asked them for ideas and they felt like “deer in headlights.” Ultimately, Markoe says, they came up with a single instruction: “We wanted to be Instagrammable.”

For years now, Instagram has sat at the center of trends in food and beverages. Rainbow-colored “unicorn foods” are often designed with Instagram in mind, and entrepreneurs responsible for popular treats like the galaxy donut and Sugar Factory milkshake often see lines around the block after images of their products go viral. Firms like Paperwhite Studio specialize in turning restaurants into Instagram bait by designing twee sugar packets, menus, and coasters bearing slogans like “hello, my sweet” and “hug more.”

Now some entrepreneurs are taking the idea a step further, designing their physical spaces in the hopes of inspiring the maximum number of photos. They’re commissioning neon signs bearing modestly sly double entendres, painting elaborate murals of tropical wildlife, and embedding floor tiles with branded greetings — all in the hopes that their guests will post them.

To be sure, restaurateurs have always wanted their spaces to look attractive. But in the era before social media, a designer could concern herself primarily with the space’s effect on its occupants. How a room looked in photographs was, at best, a secondary concern. Ravi DeRossi, owner and primary designer of 16 bars and restaurants, including the pioneering New York craft cocktail bar Death & Company, says he has never used Instagram, preferring to design by instinct. “I want my places to feel transportive,” he says. Death & Company, which opened in 2007, exemplifies design in the pre-Instagram age: dark wood, dim lighting, and a muted color palette. The bar has a sophisticated interior, but it’s kryptonite for Instagram — good luck getting any likes on that underexposed shot of your $16 Dixieland Julep.

When the older generation of restaurants were designed as visual experiences, they generally came across as kitsch: think of the mid-century hot dog stands and donut shops shaped as the food they served. Those made for good photographs, too, but their primary aim was to entice drivers to pull off the highway and eat there.

“There’s definitely been a pivot and swing,” says Eddy Buckingham, co-owner of The Good Sort, a vegan tea and coffee shop in New York’s Chinatown district. The Good Sort is Buckingham’s third restaurant, but his first to offer Instagram-friendly rainbow lattes and pastel-pink coffee cups. “Even predating social media, you’d see the places that were thoughtful about their aesthetic, cohesive in their brand identity,” he says. “That wasn’t invented simultaneously with the explosion of Instagram. Good operators did that previously. I just think it’s more important than ever.”

Media Noche’s Collins first remembers Instagram entering the conversation in San Francisco several years ago, when someone working on the marketing for a new restaurant asked how it would photograph. At the time, a design’s social media potential was far from her mind. “I’m a tech degenerate. I was pretty against Instagram in the beginning,” she says. “And then eventually you’re like, I give in. Now it’s one of the first questions we ask clients — what’s going to be your hook?”

For Media Noche, a fast-casual Cuban restaurant in San Francisco’s Mission District, the hook was the floor. Searching through old Cuban designs, Collins found beautiful old tiles with a dramatic pink-and-green floral designs. She had similar tiles custom-made for the restaurant, and they provided a visual anchor for everything that followed. Other Instagram triggers include banana-print wallpaper in the bathrooms, an old-fashioned white board menu with removable black plastic letters, and an exterior mural of pink flamingos, their heads bowed into the shape of a heart.

For entrepreneurs, the risk is that their Instagram-driven designs will begin to look stale or inauthentic. “Some things feel like they were cooked up in a social media lab,” says The Good Sort’s Buckingham. “I think people can feel when it’s a bit thirsty.” Shortly after I spoke to Buckingham, a neighborhood in Brooklyn saw the arrival of a “boozy sandwich shop” named Summerhill; its owner promoted the Instagrammability of its “bullet hole-ridden wall.” The owner later admitted that the holes were not created by bullets, though somehow I don’t think the influencers will mind.

Ultimately, restaurants are in the business of making memories, the Old Turk’s Kataria says — and photos are the place where we store them. On Instagram, “we basically trade memories of commodities,” he says, showing off the places we’ve been like so many collected pokémon. Restaurants supply the raw material, and we come in to collect it with a smartphone lens. Kataria is sanguine. “We know that ultimately that’s the game that we’re playing.”

Before I visited Media Noche, I perused photos of the restaurant on Instagram. Individually, many of the posts are charming. Taken together, there’s an unsettling sameness to them. Triggered by hyper-specific features, diners were taking the same five photos over and over.

I was one of them. Waiting for my food there last week, I dutifully took a shot of my feet against the tile. Despite having seen so many feet in those photos, I was still somehow curious how my own shoes would look. As I waited for my pollo bowl, I saw that a friend of mine had been to Media Noche just a few hours earlier — and posted an identical shot to his story