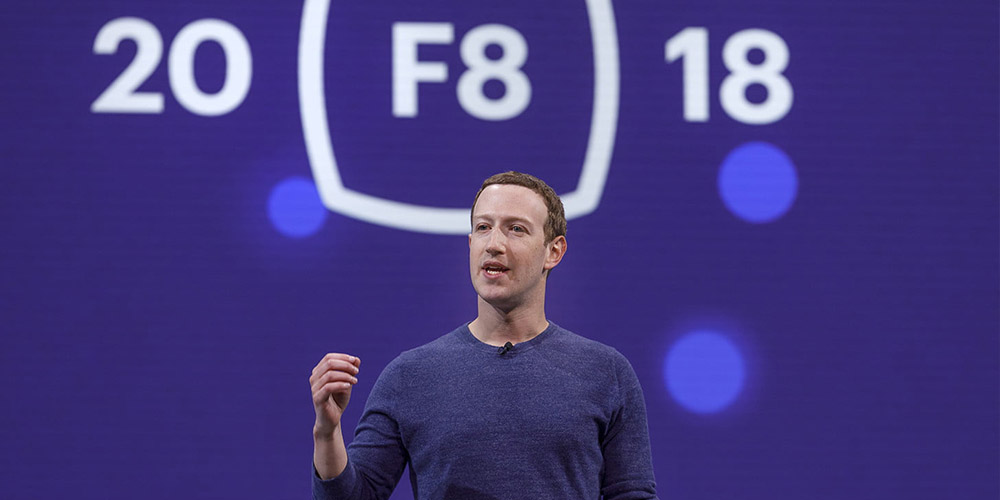 Facebook just wrapped day one of its F8 developer conference keynote, which comes at an unfortunate time this year after the Cambridge Analytica data scandal seems to have put Facebook at odds with how it is handling user data within its developer community. Nevertheless, the show had to go on, and Mark Zuckerberg tried his best to keep developers excited about continuing to build on his platform.

The CEO spent a brief moment of the keynote rallying developers to keep building and using their skills to bring people together. To do so, the company unveiled several updates coming to its product lineup, including the core Facebook app, Instagram, Oculus, and WhatsApp.

Facebook is already a combination of several services you use online — Facebook Marketplace is to Craigslist as Stories is to Snapchat — and now it appears the social network is coming after Tinder next. Today, Zuckerberg announced that Facebook will soon offer a dating feature that allows people to browse potential matches at inside groups or events you’re interested in attending. The feature will allow people to message each other using only their first names, and start conversations that are separate from the core Facebook or Messenger app.

Facebook did not say when the feature will launch, but just minutes after the announcement, Tinder and OkCupid parent company Match Group saw its stock plummet as low as 20 percent from $46.22 to $36.12 per share at the time this article published.

The $199 standalone virtual reality headset from Facebook is now available for purchaseafter Amazon accidentally put preorders up hours before the official launch. The new Oculus Go will support social experiences like Watch Party, multiplayer games, and even live shows such as concerts and experiential theater.

In addition to the headset, there will now be an Oculus TV hub for users to stream content from ESPN, Netflix, Showtime, and more. Some of these services have been available via Hulu for some time, but the new hub should add more options for those investing in the new headset.

Facebook has already admitted that it’s allowed Messenger to become extremely bloated after unbundling it from the core Facebook app, and now, it looks to be simplifying — at least visually. Messenger VP of product David Marcus says the overall refresh is focused on making things cleaner and faster, with an upcoming dark mode teased in a short promotional video.

Most of the updates for Instagram today arrive to the app’s most popular feature to date: Stories. Soon, users will be able to user AR face filters from brands and influencers without waiting for Instagram to release its own. Users will also get more third-party integrations when uploading a story. For example, a GoPro clip could be cropped and ported right to Instagram Stories or you can share what you’re currently listening to on Spotify while offering a deep link within a story to open that song in a viewer’s own Spotify app.

Instagram is also continuing to transform into a full-fledged messaging app, with new video calling features that will allow group conferencing as well.

5) WHATSAPP GETS A FEW UPDATES, TOO

After a moment of thanking WhatsApp founder Jan Koum in regards to his recent departure, Facebook moved right into sharing stories about how impactful WhatsApp has been around the world. The Stories feature also appears to be taking off well on WhatsApp: Facebook revealed that 450 million users share a story on WhatsApp daily. Additionally, 65 billion messages are sent on WhatsApp every day.

While WhatsApp is not getting a refresh quite as dramatic as Messenger, it will be receiving a few minor updates such as group video calls and stickers. Features targeted at businesses are to come, though the company did not outline specifically what during the keynote.

Perhaps what Facebook didn’t say is equally important to note. During the keynote, Zuckerberg did not mention Cambridge Analytica’s Aleksandr Kogan at all, and he only used moments in the opening remarks to poke fun at himself about when he testified in Congressearly last month and to inform developers that app reviews are back on after a brief pause to investigate potential bad actors. Clearly, it was a move to excite developers than warn them — with Zuckerberg looking and sounding more upbeat than he has been in recent public appearances.