The traditional sports world is taking eSports into the mainstream 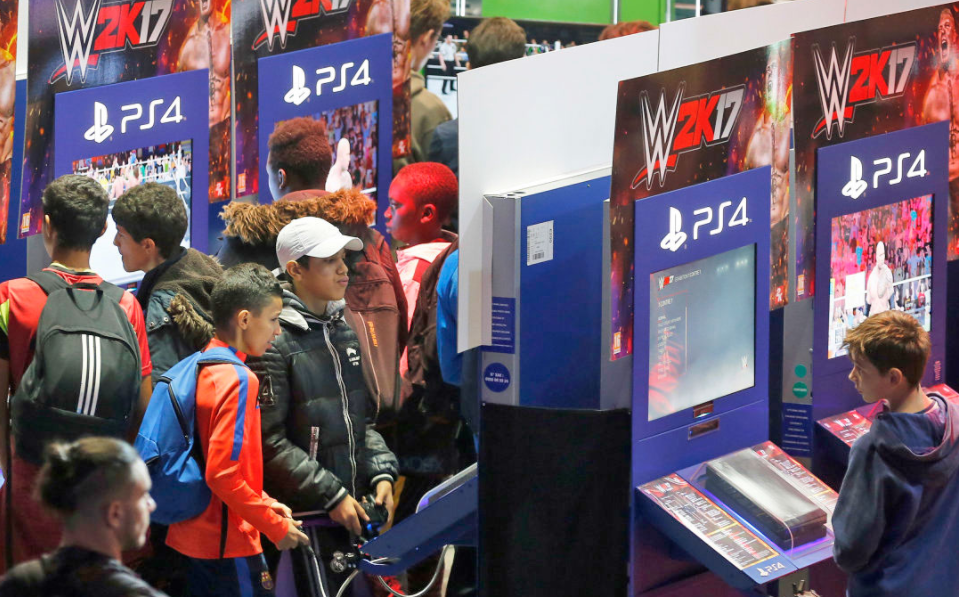 How the NBA, ESPN and others are starting to embrace a new type of athlete.

Five years ago, you couldn’t have imagined video game competitions being broadcasted on the same channel as traditional sports. TV networks have been historically obsessed with pastimes such as baseball, basketball, football and soccer, but times are changing. Thanks to the massive popularity of eSports, driven in large part by the internet-streaming generation, the entertainment landscape has transformed drastically over the past couple of years. Nowadays, US channels like Disney XD, ESPN, NBC and TBS are all trying to put eSports on the same level as traditional sports, with the end goal being to reach new, younger audiences. Want to watch a EA’s FIFA or Rocket League tournament on ESPN? Well, you can do just that.

The recent interest from giant broadcasters comes as the world of eSports continues to reach new heights. Pro gaming tournaments are selling out arenas worldwide and, every time a competition is streamed on Twitch, there are millions of viewers tuning in. With business this good, why wouldn’t anyone want a piece of the pie? NBCUniversal, which owns NBC and NBC Sports, is the perfect example. The company announced it would be launching its own two-on-two eSports tournament this summer, featuring one of the most popular games right now: Rocket League. It’ll air on the NBC Sports network, right alongside the English Premier League.

“We’re in the sports business,” says Rob Simmelkjaer, senior vice president for NBC’s Sports Ventures, when asked about why his team decided to join the space. “I’ve always defined sports as competitive entertainment, and whenever you’ve got competition that people are watching to be entertained, that to me is what sports is about.” Simmelkjaer touched on how there are still people who question whether eSports are “real” sports, which he says is an argument that doesn’t make sense: “It’s got people who are passionate about it, both playing it and watching it [and] lines up with our desire to reach as many audiences as we can around the country, of all demographics, of all interests.”

ESPN is another media company making a major push into eSports, which is surprising considering the somewhat controversial comments president John Skipper made not too long ago. “It’s not a sport,” he claimed in 2014 at Recode’s Code/Media Series event in New York City. “It’s a competition. Chess is a competition. Checkers is a competition. Mostly, I’m interested in doing real sports.” Despite that, ESPN really started embracing eSports in 2015, when it broadcasted a pro gaming tournament (Blizzard’s Heroes of the Storm) on ESPN2 for the first time ever. The year before that, the network streamed a League of Legends competition online, but giving eSports a slot on actual TV was quite a significant move.

“We are at a point now where fans no longer question why we’re covering an eSports event, but are asking for more.”

That strategy shouldn’t come as a surprise, though, since ESPN’s first-ever eSports stream netted the network more viewers than that year’s NBA Finals and the last game of MLB’s 2014 World Series. League of Legends on its own is estimated to be a $1 billion-per-year business, so it’s only natural that ESPN, NBC, Turner (owner of TBS) would want to get involved. In its latest report about the eSports industry, research firm Newzoo said it expects competitive gaming to reach yearly revenues of $1.5 billion by 2020.

“eSports has been around for some time, but its trajectory is still exciting to us because it allows us to experiment with various content, coverage and distribution platforms,” says Kevin Lopes, director of programming and acquisitions at ESPN, says. “We are at a point now where fans no longer question why we’re covering an eSports event, but are asking for more.”

“There’s a pattern there that’s been happening for years, it’s not something you can just dismiss as a one-time thing anymore,” he says. “It’s not a fad, it’s actually here to stay.” One of the challenges, according to Simmelkjaer, is figuring out ways to have a more consistent schedule across eSports competitions, which is complicated because of all the different intellectual property owners. That said, it’s something he believes will sort itself out as publishers sign exclusivity rights for broadcasting or streaming specific tournaments.

It’s crazy to think that eSports still hasn’t reached its full potential. The NBA, NFL, ESPN, NBC and many others have taken notice though, and now they’re looking to cash in. But, ultimately, that’s great for eSports and people like Etienne who have been trying to show the world that eSports are, indeed, the real deal.